Should You Worry About Negative SEO? 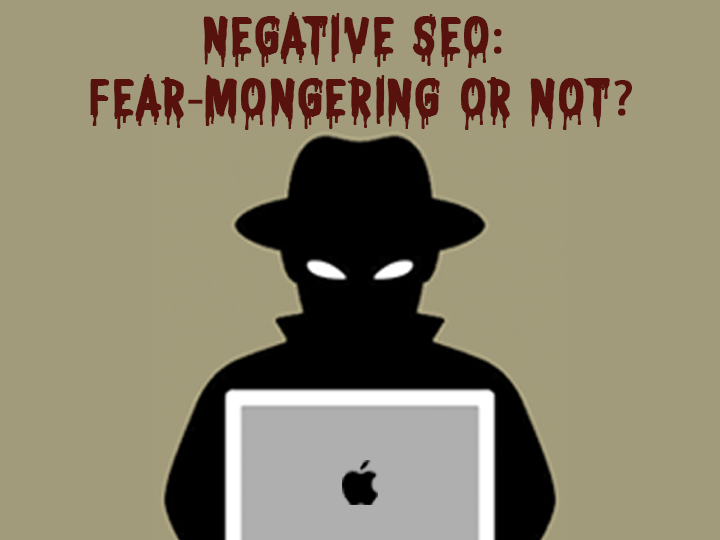 Much blog space has been devoted to how to prevent Negative SEO. Just about as much blog space has also been devoted to whether it’s really something companies should be concerned about. Google, who wants to prevent Negative SEO as much as anyone (as their goal is the delivery of high-quality and relevant information), does not provide any guidelines on preventing Negative SEO. That being said, it does happen and there’s lots of stories on the internet about Negative SEO attacks. Generally speaking, although employees can sometimes inadvertently engage in practices that cause Negative SEO, companies most-likely get attacked by Negative SEO because of three reasons:

Revenge: Former employee or customer, or anyone who doesn’t like how they were treated or what you do.
Competitor: Yes, a company can give themselves an advantage by making your SERP ranking tank.
Boredom: Yes, all those people with time on their hands who just want to destroy things, well, just because.

So, if you’re a small company, the risk is probably low. But, if it does happen it can be a real pain to fix, so it’s better to prevent as there’s always a first time.

What is Negative SEO?

Now that you know whether you should pay attention, let’s define what it is. Negative SEO is anything that’s done to lower your SERP ranking. Or another way we can put it is that Negative SEO is doing whatever Google says you shouldn’t do.

7 Main Ways You Can Be Affected by Negative SEO

This is when there is a set of web pages with artificial links to your site. Generally, links are supposed to increase your ranking, but since Google detects this as false, it will actually decrease your SERP ranking.

This is when someone lifts your content word-for-word and spreads it around the web. Google doesn’t like copied content. Most of the time they can figure out which is the original, so in this case, your SERP ranking might not be affected, but, if the content gets scraped as soon as it goes live, then Google will potentially have trouble and your SERP ranking will suffer.

Yes, there’s a lot of people with lots of time on their hands. It’s actually surprisingly easy to create fake social media profiles and then to ruin your reputation. Although, Google, Yelp and others have algorithms in place to detect fake reviews (positive or not), it’s best to also review them and if they’re suspicious you can report them to the respective companies. Of course, just because you get a negative review, it doesn’t mean that it’s fake. A negative review can also bring you credibility (read more about this in our blog post about the benefits of online reviews).

When your site gets forcibly crawled, it causes a heavy server load, slowing down your site or worse, preventing the Googlebot from having access, causing you to be de-ranked.

Yes, it happens. People will hack your site, change your content to either add spammy info, or change links to redirect to another site, or add in new links which are hidden, so you don’t even know you’re linking to bad stuff. If Google detects that your site has been redirected to a malicious site, they’ll downgrade you.

Someone who has access to your site, or hacks into your site, changes the robots.txt file to disallow, which then tells Google to completely ignore your site.

Just the mere fact that your site gets hacked will cause Google to penalize you.

How to Prevent Negative SEO

There are three main ways you can prevent Negative SEO:

Hacks often happen because your site isn’t secure and isn’t using the most recent software (which often has security patches). So one of the best ways to prevent Negative SEO is to make sure your website is secure and up-to-date. Consider moving to HTTPS.

There are many monitoring tools that tell you what are your backlinks, what links are on your site and whether your content has been scraped or not. You should also monitor for your website uptime and your SERP rankings (if they all of a sudden drop, you know you might have a problem). You can also set up Google alerts to tell you about any unusual activity on your website. It’s better to be safe than sorry, so invest in these tools that will alert you to trouble (and perhaps even give you some insight to make better marketing decisions moving forward).

There are many social media listening tools available. This is a worthwhile expense, not only will it help you prevent a Negative SEO attack it will tell you what people are saying about you, which can give you quite a bit of insight regarding your products, marketing effectiveness and future campaigns.