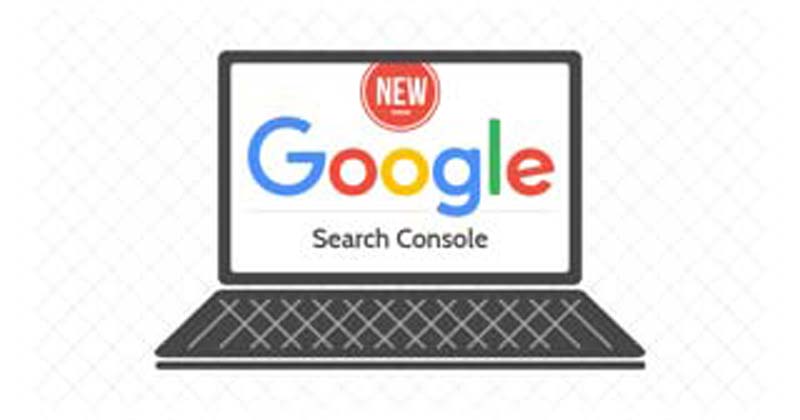 The new search console will:

Currently, only a few features are functional on the new redesign, so site owners will be able to continue to use the old Search Console until the new one reaches feature parity.

We were one of the lucky few that received the new UI shortly after they began rolling it out. We have found the changes in the reporting features to be quite positive for us.

One of the most helpful features of the new reporting is that you can look past 90 days. It used to be that you pretty much had to set a calendar reminder to get accurate data over time. Now, you can see 16 months of data, enabling year over year reviews, or month over month, or even comparing chunks of data (i.e. compare last 3 months to previous period). All of this new reporting flexibility is particularly helpful for companies to measure their progress.

These images below show the new time frame options. 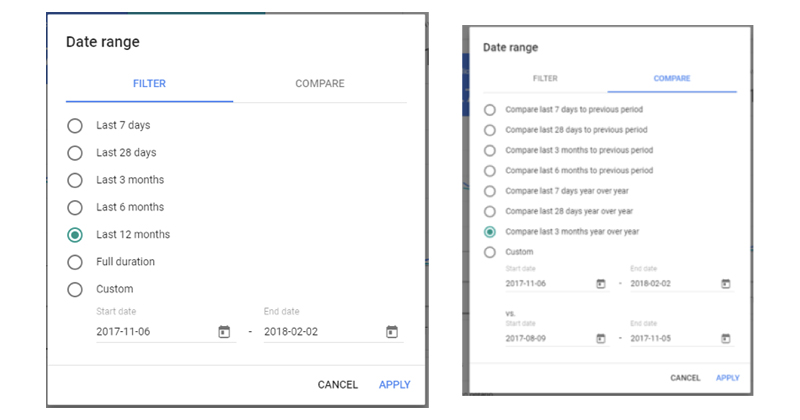 For example, to see the improvement applied, in the screen shots below we show you the metrics from a business that is seasonal in nature, in which the old report was unable to catch the up and down nature of their business. The new report can show the year over year metric showing past and current performance. 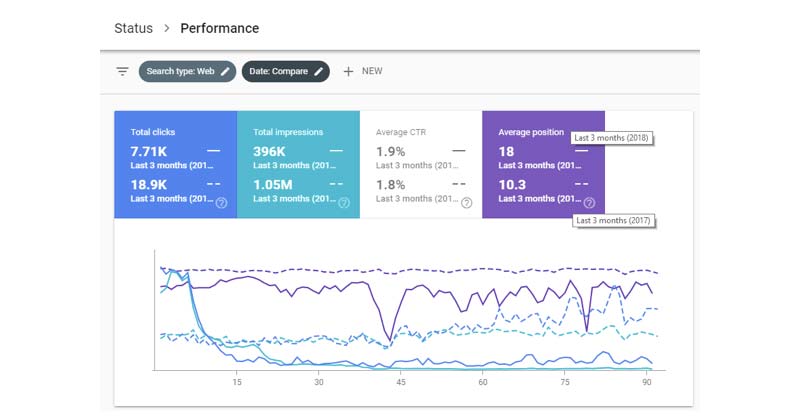 The dotted lines are for last year and as you can see, they are fairly consistent. The solid lines show a series decrease in mid-November (not visible on the x-axis, but you can roll over the trend line to see the details), which is something this company should be concerned about and not something that would have been so easily seen with the old report.

So what’s causing the issue? With the new search console UI, we can now more easily see the cause by looking at the New Index Coverage Report.

Below is a screenshot of this report showing new issues reported in November. 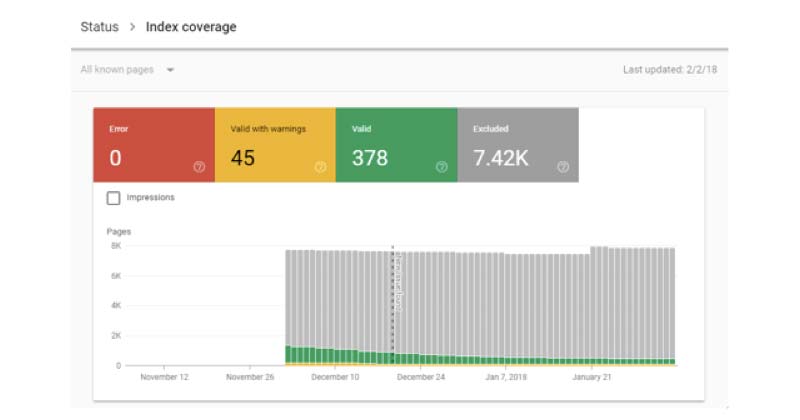 Then if you click on “New issue found” you get this report: 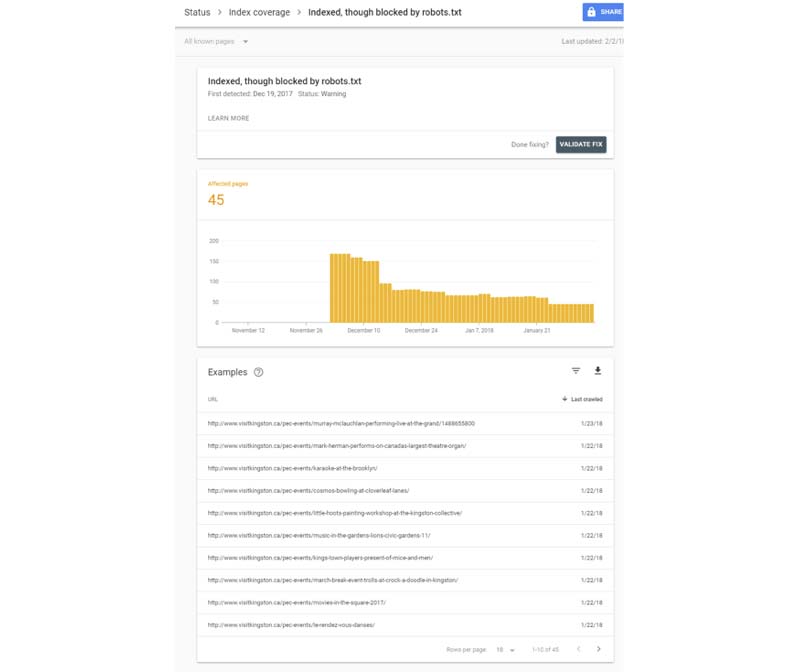 Which turns out to be quite insightful and helpful, because it:

Now Google also lets you track a single keyword over an extended period of time. This is definitely helpful, just look at the image below, which shows that a specific keyword had fallen off the SERP! In the old report, you wouldn’t be able to draw any conclusions from this (unless you were continuously monitoring and able to catch the keyword change right at the cusp of the drop off). This report is such a better way to monitor, I wonder why it took so long for Google to let us extend the monitoring time period. 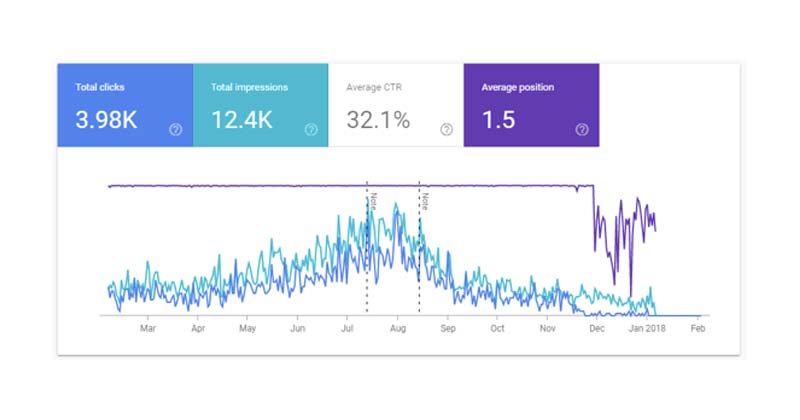 All in all, we have found the improvements to Google UI definitely helpful. Stay tuned, as Google continues to roll out the improvements, we’ll continue to tell you about them.
Want to know what makes for successful SEO? Check out this post on the SEO Success Factors Periodic Table. Want someone to take all this SEO stuff off your hands? Contact us