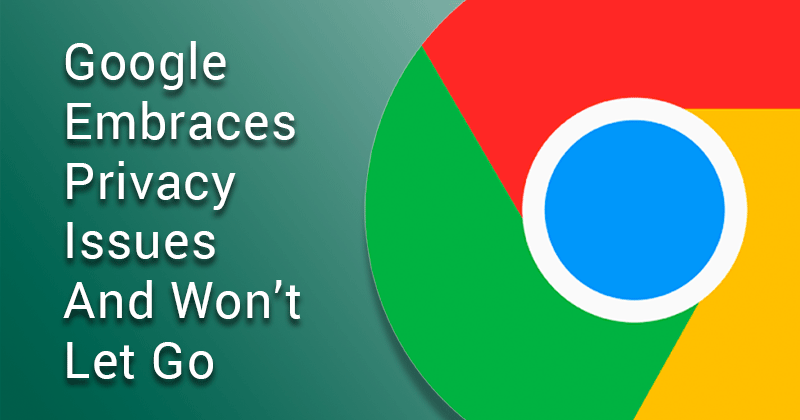 First, Google introduced privacy controls for Chrome, then they built the privacy sandbox, and now they announced that they will phase out third-party cookies over the next two years. But how will that impact digital advertising?

Google is not the first to do it, in fact, they are one of the last major browsers to rid themselves of third-party cookies — Apple and Firefox did it a long time ago). Google, however, is the browser that matters most. In December 2019, Google Chrome had 69% of the market share globally. No wonder advertising trade groups reacted by begging Google not to do it. But, that’s delaying the reality of our new world. The GDPR and the CCPA were created and passed because people are concerned more and more about their privacy, how their data is being used and how they are being tracked online. These legislative initiatives won’t be the last. Unfortunately, we’ve all seen how this data and information is not always being used for noble reasons, and there are a lot of bad actors out of there. At the end of the day, this was a purely business decision on Google’s part, if they hadn’t, they likely would have lost market share. So, we digital advertisers need to understand the new reality.

Well, you’ll still be able to save the log-in information of your favourite sites. And traditionally, there are many types of advertising that don’t use third-party cookies, such as search advertising, mobile apps and connected TV. So, why do many digital advertisers see it as the “cookiepocolypse”? Why are they begging? Well, third-party cookies are used primarily by display and retargeting ads, which allows advertisers to display ads to the most relevant and almost exact audiences. Previous to the invention of targeted advertising based on third-party cookie data, most advertising was bought based on the context, for example, a high-end, expensive shoe brand might buy an ad in Vogue because they know that readers of Vogue wear shoes and care about high-end fashion. But, with third-party cookies, publishers could offer, and advertisers could buy, access to a far more refined targeted audience, using insights gleaned from visits to various websites by that individual, including understanding their interests (in-depth), demographics and location.

Google Search and YouTube are ultimately powered by first-party cookies, which has many of the advertising industry calling fowl, as perhaps Google’s intention is to force others into using their first-party cookie. But, this change will also affect Google’s own DoubleClick business, the Google Display Network, not to mention its own Google partners, i.e. those publishers using Google Ad Manager to sell their ads. Google actually released a study last year that showed removing third-party cookies would reduce publisher ad revenue by 52%, which is perhaps why they took so long to decide to phase out third-party cookies (perhaps it was an internal battle and Google Chrome won). As well, if their intention is to monopolize online advertising more than they already have, by forcing the acceptance of their first party cookie, then that would certainly result in anti-trust lawsuits. Clearly, Google is concerned about the impact this decision will have and introduced the privacy sandbox first before announcing the phase out.

When Google announced its intention with a blog post by Justin Schuh, Director, Chrome Engineering, he stated this:

After initial dialogue with the web community, we are confident that with continued iteration and feedback, privacy-preserving and open-standard mechanisms like the Privacy Sandbox can sustain a healthy, ad-supported web in a way that will render third-party cookies obsolete. Once these approaches have addressed the needs of users, publishers, and advertisers, and we have developed the tools to mitigate workarounds, we plan to phase out support for third-party cookies in Chrome. Our intention is to do this within two years. But we cannot get there alone, and that’s why we need the ecosystem to engage on these proposals. We plan to start the first origin trials by the end of this year, starting with conversion measurement and following with personalization.

So, Google is attempting to come up with an alternative way. How Google will plan to serve up personalization is unknown, but it’s unlikely to be the one-on-one personalization that occurred due to third-party tracking, but instead, it will be one based on some sort of interest level. Whatever the end result of Google’s privacy sandbox, however, we think the following might happen due to the phasing out third-party cookies:

So, cheer up, it might have a positive impact on our industry and sales.