The New Google AdWords UI: It’s Better than Before 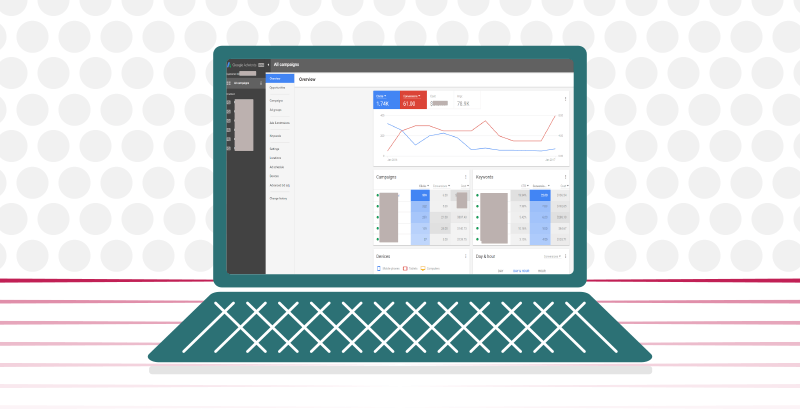 Google is rolling out a new user interface for AdWords which will help make AdWords easier to use. Google has brought in new visuals and a new navigation to cut down on time spent analyzing.

“The reason we’re rebuilding AdWords is because the world has changed so much in the past two years. AdWords is now over 15 years old and launched when Google was just figuring out what search advertising was. We rebuilt it several years ago for a desktop world—smartphones were only [a] year old. Now we are in probably the biggest shift since AdWords was introduced (and I’d argue perhaps ever) with mobile,” said Paun Feng, AdWords product management director. “And there is now increased demand on marketers and on AdWords as a platform—advertisers are running ads in search, display, shopping, mobile, video. Ultimately, that’s why we’re re-imagining AdWords.” 1

Since being introduced to a limited number of advertisers early in 2016, Google has slowly rolled out the new UI to advertisers. Search Warrant got access to the new UI a while back and we’re noticing a difference.

One of the biggest changes, which you can see in this Google-supplied image, is the addition of an Overview screen. 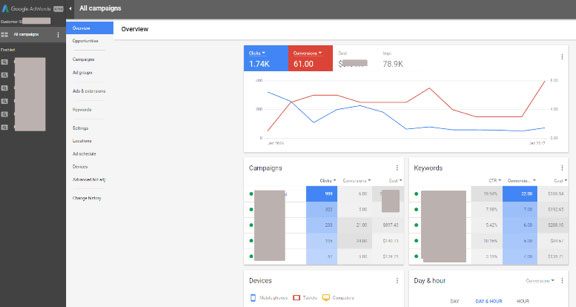 You can access this quick view of performance whenever you click on an individual campaign, ad group and ad levels. We are finding that this overview snapshot visually highlights the biggest changes in our accounts, making it much easier to see what’s happened. Also, having the navigation now on the left, leaves much more space for data to be displayed, again, making it much easier to see what’s happened. They’ve made the more relevant and action provoking information display front and center, which has proved so useful we wonder what took them so long. Overall, we find the new design to be sleek, much more user-friendly, more informative for account managers, and the newer, more popular features are easier to access.

Find out what’s next for Marketers with Google in 2017 or read our blog post on SEO Food for Thought: Ranking Factors to Help Your SERP Position.